She is trained in singing and dancing. Taeyeon was discovered in the 2004 SM Entertainment’s 8th Annual Best Contest winning Best Singer 1st Place & Grand Award in the contest. In 2004, she was featured in The One’s song “You Bring Me Joy” before debuting as Girls’ Generation’s leader. She is a 2008 graduate of Jeonju Art High School and was awarded the school’s Lifetime Achievement Award.

Tae-yeon has contributed to a couple of soundtracks as a solo artist, singing the theme song “Manyageh” (“만약에”, “If”) for the KBS2 drama Hong Gil Dong and “Deullinayo” (“들리나요”, “Can You Hear Me”) from the Beethoven Virus soundtrack. “If” became popular[clarification needed] on various online charts, around the same time “Baby Baby” was released, while “Deullinayo” received the YEPP Popularity award at the 2008 Golden Disk Awards.

She also sang “SarangInGulYo” (“사랑인걸요”, “It is love”) with Sunny for the drama Heading to the Ground, and the “S.E.O.U.L.” song with members of Super Junior and Girls’ Generation to promote South Korea. She also sang the song for Caribbean Bay / “Cabi” with her fellow members Jessica, Seohyun, Tiffany and Sunny with 2PM.

She sang a duet song with her mentor The One, called “Like a Star” which was released on November 17, 2010. She also sang in the soundtrack of SBS’s Athena:Goddess of War, with the song “I Love You”. The song was released on 13 December 2010. The song took number 1 in some hit charts.

On January 31, 2011, Tae-yeon sang a duet with Kim Bum-soo, titled “Different”. The song also took number 1 not long after it was released.

She has also featured on Kangta’s Album Eternity, singing 7989.

On March 28, 2012, Tae-yeon sang and released “Missing You Like Crazy”, for the Korean Melodrama The King 2 Hearts starring Lee Seung-gi and Ha Ji- won, which took Number 1 on all charts such as Melon, Naver, Mnet, Soribada, Bugs, Olleh and Daum, achieving an ‘All Kill’ on the online charts on the day of its release. Tae-yeon had previously declined the offer to sing the OST for the drama due to her busy overseas schedules with Girls’ Generation, but later took it up as she had made a promise with PD Lee Pil-ho, the producer of “Beethoven’s Virus”, for which Tae-yeon also sang the OST. PD Lee Pil-ho also stated that when he had first received the synopsis for “The King 2 Hearts”, he had made special requests to only Tae-yeon, stating that she was the only singer who could sing the OST for the drama. In 2012, Tae-yeon also sang an OST, ‘Closer’, for the drama ‘To the Beautiful You’ starring by Choi Min-ho (from SHINee) and Sulli Choi (from f(x)). She also sang “And One” for SBS’s drama ‘That Winter, The Wind Blows’ which was released on March 7, 2013.

On May 7, 2010, she had her musical debut as the main female role in “Midnight Sun”, which is based on the Japanese novel “Taiyō no uta” by Aya Denkawa. The musical is about Kaoru Amane, a 17-year-old girl, who suffers from Xeroderma pigmentosum, which forbids her from going out during daytime. She keeps her hopes up by writing songs and singing every night at a train station. Taeyeon received good press for her performance. Furthermore, she learned to play guitar for her musical performance.

Taeyeon and her band mate Seohyun were cast as voice actors for the Korean dub of the 3D animation Despicable Me. Taeyeon dubbed the voice of the character Margo, while Seohyun’s role is Margo’s younger sister Edith.

She was featured on Munhwa Broadcasting Corporation reality-variety show We Got Married as part of the third rotation of couples; she was featured with comedian Jeong Hyeong-don. When this news was announced on January 7, 2009, it caused an uproar among South Korean netizens due to the 11-year age difference between the two.

Taeyeon, along with fellow Girls’ Generation members Tiffany and Seohyun is an MC on MBC’s Show! Music Core from February 11, 2012.

On February 22, 2012 she was a MC for First Gaon Chart K-Pop Awards together with Joo Younghoon and also for 2012 Korean Music Wave in Bangkok which was held on April 7, 2012 together with Tiffany and Nichkhun. During the hosting of the “First Gaon Chart K-Pop Awards” show, Taeyeon encountered a toe injury. Taeyeon’s toe nail had been disconnected from her toe and she was unable to receive the award with her members.

Taeyeon became a DJ on MBC Radio’s Good Friend Radio, which she co-hosted with Super Junior’s Kangin until he left on April 19, 2009. She has received the nicknamed “DJ Taengoo”. Taeyeon ceased her DJ duties from April 26, 2010 onwards.

SM Entertainment revealed that Taeyeon, Tiffany and Seohyun will form a SNSD subunit called Taetiseo; they released their first mini-album Twinkle on 2 May 2012. The subunit has different musical direction and style concept from the nine-member SNSD.

Taeng Swimming To The Cake (FanArt). Sorry too small picture

via: iStan9 via SONE Indonesia

Event by fans for Taeyeon’s birthday 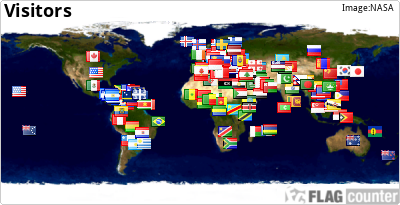